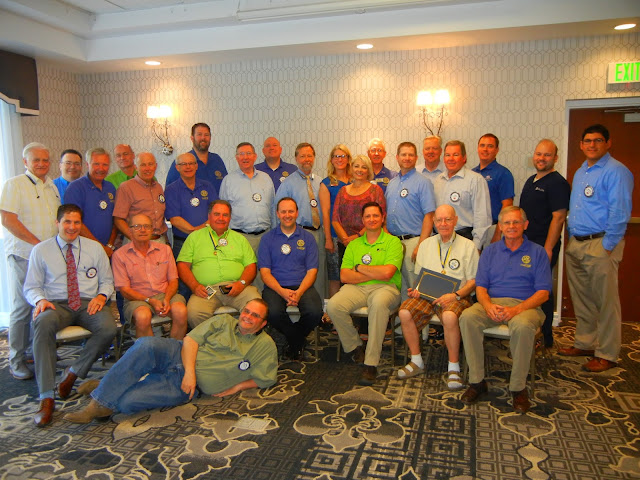 TODAY IN ROTARY we got off to a rocky start (“couldn’t find the right note for Auld Lang Syne”) kicking off the final meeting of RY2015-16.  President Terance White, in preparation for passing the gavel to President Collin Davis (RY2016-17), expressed his appreciation to all who have contributed to another successful year for SGR.

Congratulations, first to Jim Coleman, who is recognized as a Paul Harris Fellow + 6!  A dedicated man who gives generously to Rotary. 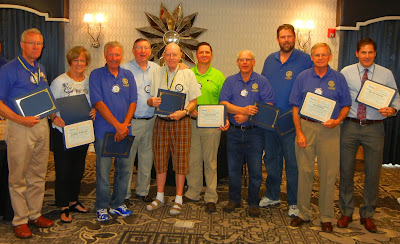 Perfect Attendance certificates were given to the following:


President Terance also gave “Service Above Self” awards to the following members of SGR:

·      *  Lynn Beecher for dedicated service in helping to organize the successful 2nd Annual Night Golf Tournament and the “first ever” Pickleball Tounament
·      *  Jim Coleman as SGR’s representative to the world
·     *   Ted Dodge for his example of selfless service to the people of Puerto Penasco, Mexico
·     *  Phil Hall for donning his chef’s hat to make 100 pizzas for our last summer party … and for his incredible generosity to the people of Guatemala and Puerto Penasco, Mexico by providing relief for their dental problems
·      *  Richard Isom for ongoing, consistent work in support of SGR and its leaders
·     *  Durant McArthur for making the 4-Way Test Essay Contest happen every year
·     *  Reed Noble for his willingness to organize, apply for and report to the District on SGR’s annual dictionary project
·     *  Ray Robinson for bringing joy to the club each week through music (although he reports he is “still looking for the right note.”)
·     *  Ken Sizemore for accepting the assignment to serve as SGR’s representative for the “first ever” multi-club Rotary Car Show
·     *  Linda Sappington for stepping up to help wherever needed and for getting SGR’s name out to the media and the community
·     *  Brandon Staples for his enthusiasm and commitment to Rotary as a “nearly new member”
·     *  Dan Strobell for countless hours given on behalf of the Guatemala Stove Project
·     *  Bryan Wheat who stepped in to serve as Club Secretary when Richard’s job as Secretary and Treasurer was divided
·     *  Greg Whitehead for lending his time and know-how to help with the pickleball tournament

Brandon Staples, a nearly new member of SGR, was presented with the “Rising Star” award for RY2015-16.  (See more in the local media). 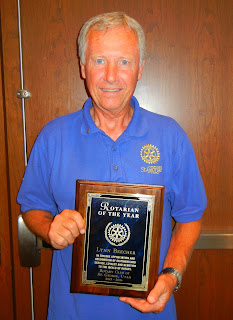 Prior to handing over the gavel, Terance noted, “it has been a great year for me!  I have grown a great deal and now recognize the significant amount of trust our members have for their president.  I am overwhelmed by your willingness to allow me to serve in this way.”

President Collin noted he hopes to see “a bigger Rotary presence in St, George; to identify a “signature project” for SGR in the local community, and find more support for the Guatemala stove project.  I love Rotary … it is an incredible organization.  I just returned from the RI Convention in Seoul, Korea where I met and mingled with our worldwide family of Rotarians … from such places as Spain, Japan, Nepal, Virgin Islands and throughout the United States.  We can be very proud of our club because we are doing good things!” 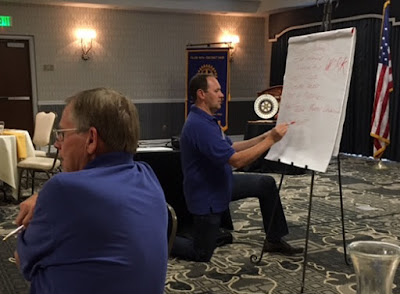 TODAY IN ROTARY President Terance introduced the process of VISIONING to help in the development of a strategic plan for our club and to help SGR define in the following ways:

Yogi Berra said, “If you don’t know where you are going, chances are you will end up someplace else.” With an effective visioning activity, SGR can develop a long range plan for effective local and international programs, with members providing input, deciding goals, objectives, and action steps to take to realize the vision of our already great Rotary club.

Here are some of the ideas suggested in today’s meeting:

Watch for more information about a “formal” visioning program – a 4-hour program conducted by District leaders - coming soon to SGR!
Posted by Linda Sappington at 6:25 AM 1 comment: 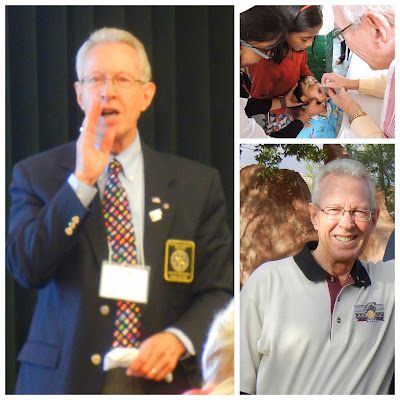 TODAY IN ROTARY PDG Jim Coleman spoke on “Why I Am a Rotarian and I Still Love It After 35 Years.”  His varied topics included his concern that there has been no New Member Orientation held in the past 2-3 years; how he found and joined the Logan Rotary Club in 1981 where he learned about the 4-Way Test and embraced the “service above self” motto.  In 1984, after moving to Southern Utah’s hot real estate market, he joined St. George Rotary, presided over the Dixie Rotary Bowl for six years and rose through the ranks of District 5420 to become the DG.  He participated in the creation of the Mesquite Rotary Club and later, voted to share Washington County with the creation of the Dixie Sunrise Rotary Club – now celebrating 20 years of service in the community.

Jim’s reason for his devotion to Rotary include:

In his recent time in Chicago’s RI Council on Legislation, Jim took part in the review and passing of 181 policy changes out of 400 submitted by clubs around the world, including:

For more information on these and other policy changes from RI, see Jim Coleman.
Posted by Linda Sappington at 2:45 PM No comments: 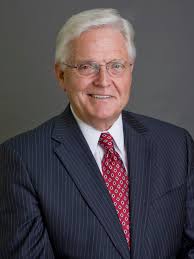 TODAY IN ROTARY the members of SGR heard from Lowry Snow, who recently completed his 5th legislative session in his 4½ years as a Utah Representative (District 74) where more than 1000 bills were introduced and 400 were passed.  His 45 days in the state capitol also included a special session to “get a handle on fixed funding for information technology in schools.”

Lowry also discussed the designation of the 1.9 million acre Bear’s Ears National Monument noting, “nothing is likely to stop Obama, but we need to be concerned about this designation which is going to have an impact on Utah.”

Lowry indicated the most important assignment legislators have in “handling the state budget, particularly relating to education.”  Utah has long had the lowest per pupil expenditure, and the legislative body in this session, voted to increase the budget by 3%, with $11 million for early learning programs, including an enhanced kindergarten program introduced by Representative Snow.

Other topics discussed:
·               medical marijuana for fairly limited use.  There is a growing movement to make marijuana in all its forms legal in the state
·               a survey shows 64% of Utahns are against the death penalty.  Currently there are 9 men on Death Row – 2 for more than 30 years!!!  According to Lowry, about 4% of all prisoners are actually innocent of the crime for which they have been incarcerated.  A bill has passed to remove “without possibility of parole” for juvenile criminals sentenced to life imprisonment.
·               taxes on internet sales are already in place in Utah, but are not being collected.  Improving collections will increase state revenue by $1.8 million.
·               1/16 of 1% increase is assessed for water projects.
·               the non-compete clause in contracts is now limited to 1 year.

Thanks, Lowry for your efforts on behalf of the citizens of Washington County.
Posted by Linda Sappington at 1:15 PM No comments: