Carol Hollowell, Executive Director at Switchpoint Shelter and Resource Center at 948 N. 1300 West, reported on the progress of her organization in its first year of operation.  Among impressive statistics, she noted the completion of a new 2500 square foot pantry building on their campus which provides food for an average of 2300 families each month.  Approximately 1800 individuals and families were sheltered at SwitchPoint in the past twelve months and plans are in the works for more emergency and transitional housing. 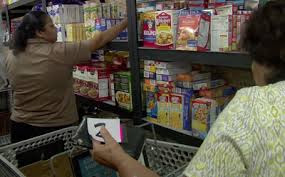 Currently there are 18 dorm-room style accommodations available for overnight or longer stays for up to 130 individuals.  These accommodations include bunk beds and cots, a shower, and laundry services.  SwitchPoint also offers classes (GED, food handlers, etc) and 13 wraparound services each week on a regular schedule. 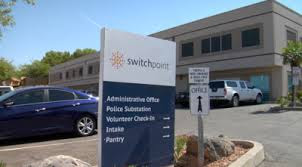 Hollowell and her husband Bob recently returned from a cross country (San Francisco to Virginia) bike ride where they visited 19 of 23 shelters they had on their itinerary (“four we had planned to visit had closed their doors due to lack of funding” she noted).  “Like us, everyone of the shelters are struggling in two areas –long term funding and lack of affordable housing – especially for those with mental health issues,” said the Director.  At the end of the Hollowell’s ride, they met with U. S. Senator Mike Lee (“a champion for thinking outside the box”) who commended Switchpoint as a model for other communities across the country in dealing with issues relating to mental illness and homelessness, including a growing number of children in the Washington County School District categorized as homeless. “Lack of education is the biggest contributor to poverty,” states Hollowell.

How can SGR help?  Switchpoint needs “more of everything … more funding, more volunteers who can teach computer classes, serve meals, provide counsel and write grants.”  For more information, contact Hollowell at 435-627-4663 or by email to info@switchpointcrc.org.
Posted by Linda Sappington at 7:32 AM No comments: 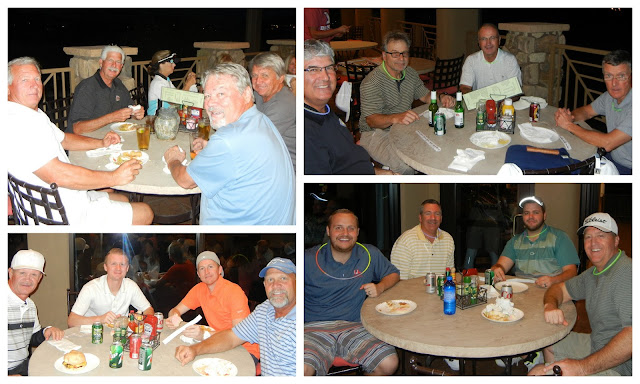 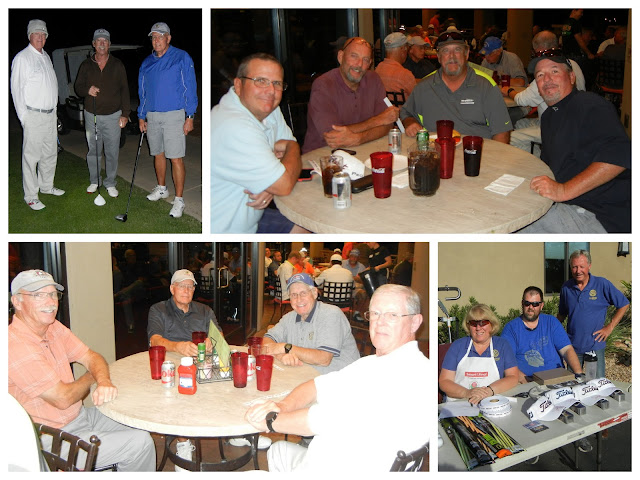 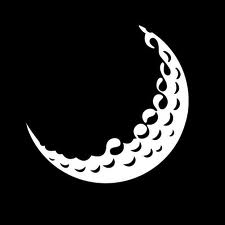 In the second year of SGR’s “Light Up Rotary” Night Golf Tournament fundraiser, nine teams came out to enjoy a fabulous dinner, 18-holes of play at the SunRiver course with lighted balls flying through the dark skies, and amazing support from SunRiver staff.  In short, every aspect of this event fun, fun, fun!

On the beautiful fall evening of Saturday, October 24, 2015, the team from Wall Beds by Wilding took first place, SGR’s own Alan Paige and his friends came in second and most of the 40+ participants took home prizes.  Chairman Lynn Beecher reports “it was a fun event with no problems, although one foursome hit balls into the pond and I had to go out to the #8 hole to sell them new ones.  It turned out OK, because I stayed there all night selling more balls as they went into the pond.” 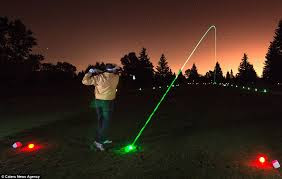 Thanks to hole sponsors Ray Robinson (hole #4) and B&B Leasing (hole #7) for their generous support.  Kudos, too, to an enthusiastic, hard-working and “service above self” committee including Janet and Pat O’Riley (who “really know how to do it right!”), Alan Paige, Richard Isom and Lynn Beecher (who took his committee’s good ideas and ran with them).

It was a really fun evening – “more fun than most people expected it to be,” says Lynn – the club made about $1000 and the committee is already planning for next year.  Get your teams together and come join us!
Posted by Linda Sappington at 6:54 AM No comments: 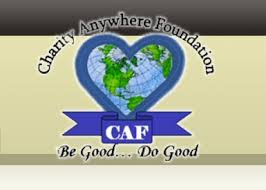 The Carter’s, whose personal and foundation motto is “I am my brother’s keeper,” have also been instrumental in meeting the needs of those living on the Navajo Nation, outside of Page, AZ supplying adult diapers, school books, gardening tools, coats and firewood through donations.

For more information, or to donate for the purchase of sewing machines and other needed supplies, see www.charityanywhere.org.

Posted by Linda Sappington at 7:53 PM No comments:

Lance Stallings, an agent with Guardian Life Insurance residing in Tooele, spoke on the topic of Social Security, noting, “there are 1000 ways to collect and 2400 ways to decide.”  He also opined, “Social Security as it currently exists is unsustainable, so some changes need to be made.  Social Security will only continue if the government decreases benefits, increases taxation or if enrollment is delayed for millions of seniors.”

According to Stallings, women are the most likely to be uninformed and negatively affected by their decisions.  Most don’t know they can collect Social Security from the husband they have divorced, as long as they were married for at least ten years.  Men and women who remarry before age 60 will lose benefits from their prior spouse, so consult a Social Security expert and then move forward cautiously. 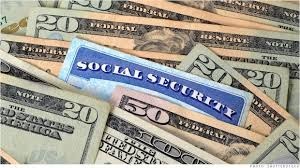 Applying to receive Social Security benefits at age 62 can result in the lose of 25% of benefits … but the longer you delay applying you will see an 8% increase for each year you delay.

The SS expert spoke on “how to ensure adequate retirement income,” reiterating the importance of delaying as long as possible, looking for other ways to cover your fixed costs, build a cash cushion, go for investment growth and, “most importantly, manage your spending!”

For more information, see www.socialsecurity.gov on the web.
Posted by Linda Sappington at 11:23 AM No comments:

TODAY IN ROTARY members of SGR met and heard from the enthusiastic participants of RYLA, held in late September in Heber Valley.

Matt Callister, 16-year-old son of Thomas and Cami Callister and a student at Dixie High School, called his time at RYLA "my greatest experience ever," noting he had attended youth leadership programs in the past, but none had left the kind of lasting impression he came home with from RYLA.  He was particularly impressed by the personality test he took at the beginning of the weekend, and which identified him as a lion.  He also enjoyed "amazing guest speakers" but was most excited about the culture walk where he learned to appreciate the differences in people from other cultures, religions, countries and social classes.  "I have always been told to get involved in service, but it was at RYLA where I learned HOW to serve."  He promises to attend again next year as a RYLA alumni. 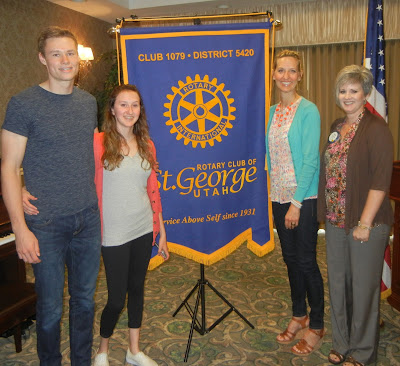 Megan White, 16-year-old daughter of Terance and Tiffany White and a student at the Success Acade
my, called RYLA "super fun.  I had a great time."  Megan shared her enthusiasm for the lessons she learned, including "the importance of communication and her personal need to be more sensitive and not always be in charge." She is committed to serving as a RYLA alumni next year.

Tiffany White called RYLA "a great experience but no one knows what it is.  We need to do a much better job of educating young people - and school counselors - about this amazing program and about the needs which need to be met right here in our own community."  She also shared her surprise to find out "these kids have so many struggles."  She committed to attend again next year - and to bring Terance along.

Aaron Taylor, son of Jenny Lee and Mark Taylor, and Richard Isom, who also participated in RYLA, were unable to attend.
Posted by Linda Sappington at 2:38 PM No comments: