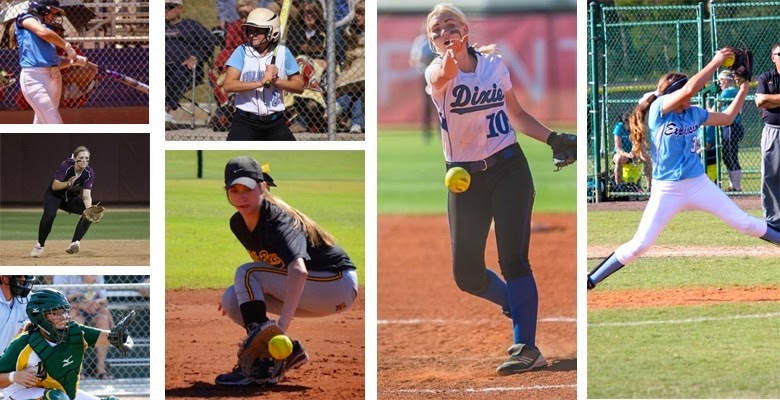 Lots of business TODAY IN ROTARY.  Richard Isom received a pin for bringing new member Bryan Wheat into SGR.  Jennie Lee received her 7th Paul Harris Fellow Award and Dr. Richard (“Biff”) Williams, president of DSU was sworn in as the newest member of SGR.
Randy Simkins, head coach of DSU women’s softball program, introduced the successes of his teams:  third in the nation in 2014, made it to the final 8 in the College Softball World Series in 2009 and again in 2014 and won 27 games in a row in our phenomenal 2014 season … and “we found every possible way to win a game!” he said.
Posted by Linda Sappington at 7:14 PM No comments:

On Monday, January 12 our speaker was Janie Belliston from The Learning Center for Families who shared a well-done video about the program which has provided early intervention and family education and support for 13,000 pregnant women in stressful situations as well infants and toddlers to age 3, with Down Syndrome, cerebral palsy, spina bifida and autism.  The organization, which was established by former Rotarian Debbie Justice in 1993, mentors Parents as Teachers and manages Early Head Start for many preschoolers among the county’s 22.7% of children living in poverty, according to statistics from the Washington County School District.

Rotarians are encouraged to support TLC as volunteers (call for assignments which might include service on the board) and get involved in upcoming fundraising events, including:

Posted by Linda Sappington at 12:37 PM No comments: 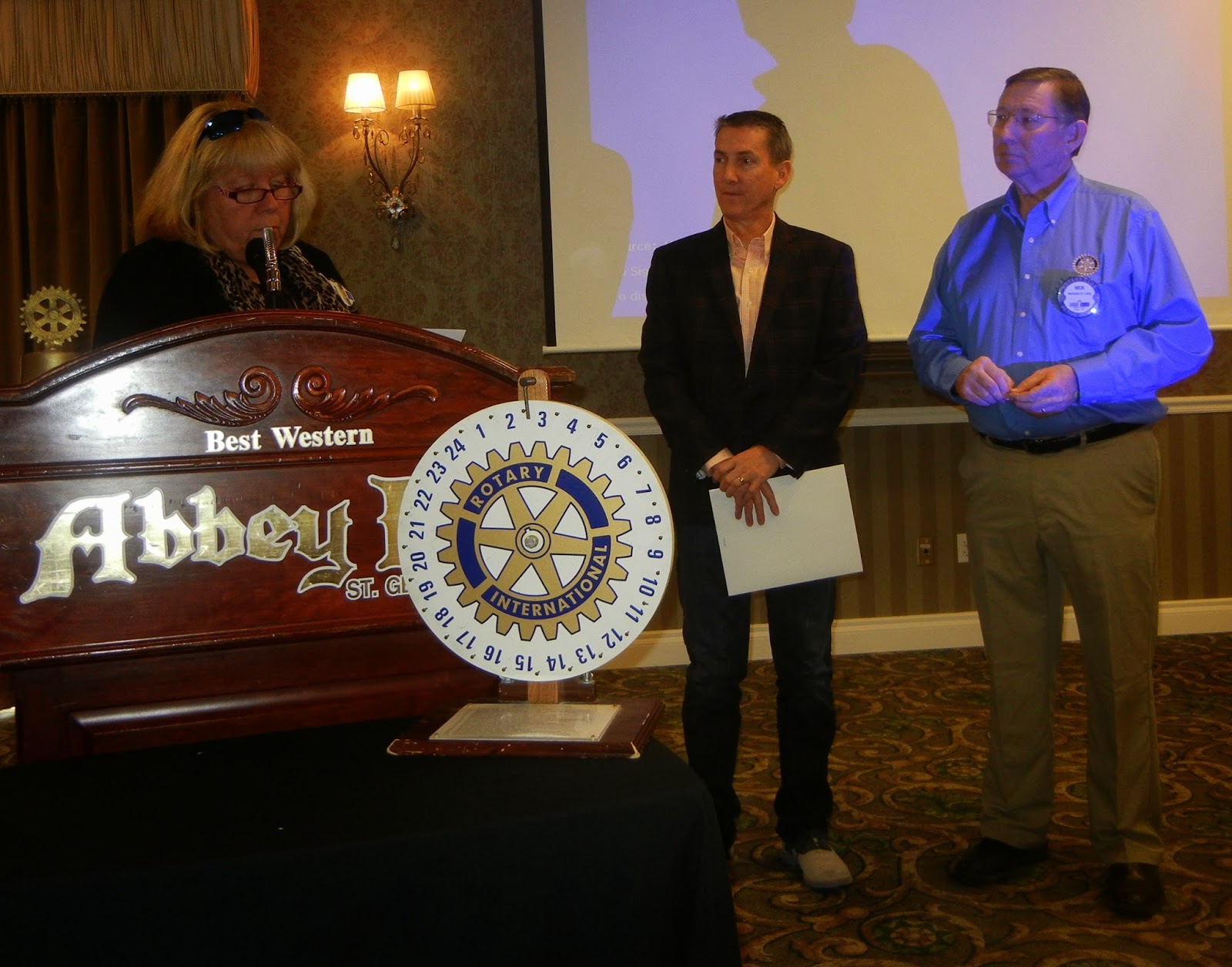 After the 2-week holiday break, SGR gathered again at the Abbey Inn where President Janet announced SGR’s assignments for the upcoming tri-club car show in October.We will be responsible for admissions, gates, registration and sponsorship.

Dennis Leavitt, GM of L’Chef was sworn in as SGR’s newest member with his sponsor Nick Lang at his side.

Lynn Beecher of Skywire Communications was today’s speaker.  He was accompanied by Josh Barney and Randon Anderson, two “nice, sweet young and tech savvy guys who really keep me on my toes.”  Lynn showed “A Day Made of Glass” produced by Corning which showed some of the technological advances which will be online very soon.  “We can’t even comprehend what’s coming in IT,” said Lynn.  “We have to stay on top of technology and its coming fast!”  Such things as internet TV will be here soon.”

Posted by Linda Sappington at 5:03 PM No comments: