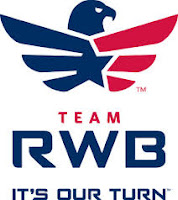 The war on terrorism in the Middle East is supposedly winding down, although no one can realistically refer to this political nightmare as “a win.”  When everything is said and done – though it is unlikely it will ever be “said and done” – the number of men and women who have served in Iraq and Afghanistan since 2001 is more than 2.5 million.  And, estimates are another 1.2 million will yet serve and be coming home over the next four years.

Once back on American soil, things will not easily return to normal for our warriors. After the atrocities of war, many will be coping with a failure to adjust leading to divorce, unemployment - even homelessness.  More than 26 percent will have some form of post-traumatic  stress disorder (PTSD), including deep depression, anxiety and survivor remorse, which may manifest itself immediately or perhaps not for several years.  In any case, the man or woman who left for the battlefield is unlikely to be the same man or woman who comes home with battle scars, which may not be evident, even to those who are closest to them.

The worst statistic relating to those returning from the Global War on Terrorism is the one which shows 22 a day are committing suicide in this country because they are not adjusting to post-military life and their problems are so overwhelming they simply can’t go on.

Team Red, White and Blue, headed up in the local community by Garrett Johnson and Doug Cook, create communities of veterans, their families and concerned citizens to enjoy authentic interaction through physical and social activities for a balanced transition from military life.

In St. George, Team RWB gathers each Tuesday evening for yoga; on the 1st and 3rd Wednesdays for cross fit; weekly bike rides together on Fridays and a weekend run or walk on Saturdays.  There are also social events, hiking and "other" activities on the schedule. Upcoming includes the Kokopelli Run at Sand Hollow on September 12; the Santa Clara Swiss Days 5K on September 26; St. George Marathon on October 3 and the Snow Canyon Half Marathon on Veterans Day (November 7).

For more information, contact US Army (Retd.) Doug Cook at 773-0138 or online at dcookbroker@gmail.com.
Posted by Linda Sappington at 8:15 PM No comments:

Member Orientation Gets Hands Up

Nick Lang’s goal for the club’s first ever in-meeting Member Orientation program was “to get a lot of discussion.”  Using a fill-in-the-blanks quiz sheet relating to the organization, structure and history of Rotary, Nick accomplished his goal as hands went up here, there and everywhere in answer to his questions.

Nick also distributed downloaded historical materials from the RI website about the life and times of founder Paul Harris, then facilitated discussion among members – new and longstanding. “The most touching was when I asked some of the newer members why they joined Rotary, then just stood back and listened,” he reports of the experience.

Nick also shared the story about his Rotary sponsor.  In 1975, Guido Ravello, a neighbor (and fellow church member) was a successful American businessman who came to the US as a Cuban refugee in the early-1960's.  Rotary allowed him give back to his new country the blessings of freedom.  His printing business also benefited from printing jobs referred by fellow Rotarians.

Thanks to the new Membership committee for coming up with the idea to schedule Orientation meetings periodically during regular Monday meetings.
Posted by Linda Sappington at 7:56 PM No comments:

Janet O’Riley, SGR’s 84th president passed the gavel, but not before she presented 5 Paul Harris Fellow awards; recognized perfect attendance by 9 members of SGR, and expressed her affection and appreciation to all those who served with her in RY2014-15.

In her year as president, Janet reminded us we:

Paul Harris Fellows, for a donation of $1000 to The Rotary Foundation, were presented to:

Perfect Attendance awards were presented to:

Presidential citations were presented to:

Two Rising Star awards went to:  Dennis Leavitt for his support of the orange fundraiser and Bryan Wheat for stepping up as club secretary.

Janet’s choice for Rotarian of the Year is Reed Noble for continuing to chair the dictionary project and for repeated trips to build stoves in Guatemala.

“And, finally, thanks to my amazing board who supported me all the way … and, thanks to our 72 members for their ‘service above self’ attitude,” said SGR’s outgoing president as she passed the gavel to Terance White.
Posted by Linda Sappington at 9:16 PM No comments: