OPENING: Don Pendleton was at his position as Sergeant-at-Arms, noting the presence (or absence) of members attending SGR’s weekly meeting. Ray Robinson led members in a spirited rendition of “You’re A Grand Old Flag.” Debbie Justice lead members in a recitation of Rotary’s 4-Way Test of the things we think, say and do and Greg Basso invited members to follow him in the Pledge of Allegiance, after which Eldon McArthur asked for the blessings of heaven on the meeting and the meal. Terance White conducted a spirited Horseplay with Jack Petersen collecting fines on behalf of Coins for Kids.

Nancy Neff needs volunteers to ring the bell for the Salvation Army’s Red Kettle Campaign which raises approximately $45,000 annually to support such programs as the Community Health Center, Doctors’ Volunteer Clinic and Dixie Care and Share.

A representative from DSC’s Rotaract Club was on hand to promote the upcoming Santa Breakfast, a fundraising event for local literacy programs. See Janet O’Riley for more information.

The nominating committee is putting together a slate of officers for next year. See Nick Lang, Jeff Morby, or Reed Noble for more information or to “throw your hat in the ring” for a board position. 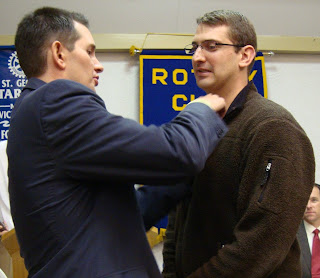 INDUCTION: Benjamin Carter (“Ben”) was inducted into SGR to become our 66th member. He is sponsored in his membership by his brother Grant Carter.

PROGRAM: Steve Johnson, a former member of SGR and the PR director for Dixie State College introduced the school’s new sports directors including mens basketball coach Jon Judkins, womens’ basketball coach Angie Kristensen and Jason Booth, Athletic Director. Booth noted the womens’ team is currently undefeated on the road and has had an amazing amount of success without much support from the community. Admittedly, the football team has not done as well, “but they will be back!” 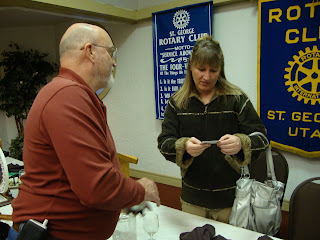 Kristensen shared her story of her introduction to the team, where she was told, “half are LDS. I had never heard that term before and came to the wrong conclusion it meant they were learning disabled. This is a great team and there’s not a shot we don’t like!” Kristensen encouraged members of SGR to “talk to your daughters about the possibilities for an education and sports at DSC. We’d love to recruit them.” 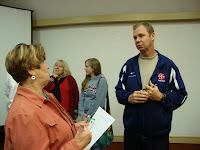 Judkins noted, “I wish my team had her record” referring to Kristensen. Although DSC won the conference playoff last year, “we lost 5 of our players so we are basically starting over! We recruit a lot of great kids from Utah and California, but we are anxious to recruit locally, as well. Attendance is improving but scheduling is tough. We want to be #1 at the end of the season.”

The AD concluded with the hope of adding more womens’ programs over the next several years, including golf and LaCrosse.
Posted by Linda Sappington at 6:35 AM No comments: 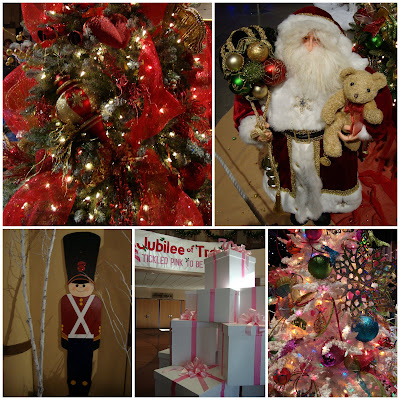 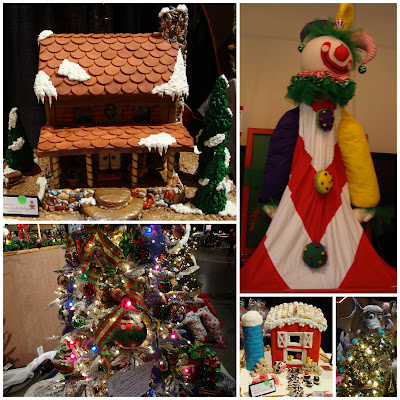 Sixty Rotarians and guests enjoyed the community’s official kick-off to the holiday season at the 30th Annual Jubilee of Trees on Monday, November 22 at the Dixie Center. A delicious luncheon was followed by a fashion show and a short program focusing on the importance of early detection for breast cancer in the state ranked 49th in the nation for mammography - a horrifying statistic in our great state!!! As always, the Jubilee of Trees - which began in 1982 with Linda Sappington as the event’s “birth mother” - featured beautifully decorated new and recycled trees, wreaths, gingerbread houses, gifts, baked goods and candies, music, drawings, and “special events within the event.” Thanks to Rotarians for supporting this important cause to increase the survival rate of wives, mothers, sisters, daughters and even about 20% of the members of SGR against this terrible disease.
Posted by Linda Sappington at 2:01 PM No comments:

Hirschi Updates on What's Up Down South 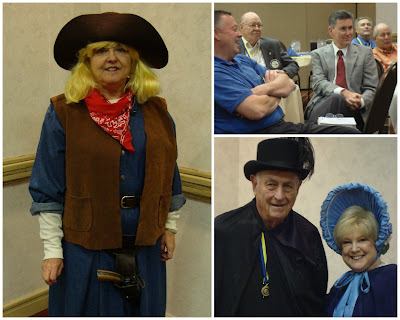 OPENING: Don Pendleton was at his position as Sergeant-at-Arms, noting the presence (or absence) of members attending SGR’s weekly meeting. Ray Robinson led members in a spirited rendition of “Let There Be Peace on Earth.” Kent Nobis lead members in a recitation of Rotary’s 4-Way Test of the things we think, say and do and Gil Trujillo invited members to follow him in the Pledge of Allegiance. Dean Terry asked for the blessings of heaven on the meeting and the meal.

President Grant reminded members of next week’s Jubilee of Trees luncheon at the Dixie Center. Anyone who has not yet notified Linda Sappington of their intent to attend, should do so immediately.

Dean Terry announced the sale of the Holiday Inn and as such volunteered to match any funds raised today in Horseplay on behalf of the Coins for Kids program.

Patti Deming, Jo Davis and Ken Seefeld (“Diggum Deaper”) dressed for the occasion of telling members of SGR about the upcoming Class Act Senior Theater Company performance of “Murder by Poker,” a comedy - melodrama at SunRiver. Tickets are free. The show runs all this week at 6 p.m. (with a Wednesday afternoon matinee).

PROGRAM: Scott Hirschi, Washington County Economic Development Director spoke on efforts to bring more “value-added” industries into the St. George area. Value-added companies bring in new money to the county, make large capital investments to the area and create diversification. Such projects as the WalMart Distribution Center (built in 1991) and the Fort Pierce Industrial Park are examples of such companies. Through the SeedDixie (“Stimulating the Expansion of Entrepreneurial Development”) program, prospective entrepreneurs prepare to seek financing, operate more profitably, and connect with other statewide resources. Scott also encouraged attendance at the upcoming Economic Summit which he guarantees will be a sell-out. Register on-line at www.whatsupdownsouth.com.
Posted by Linda Sappington at 1:55 PM No comments:

OPENING: Don Pendleton was at his usual place as Sergeant-at-Arms noting the presence (or absence) of members and guests. Ray Robinson lead a (near) perfectly pitched rendition of “The Star Spangled Banner.” A recitation of Rotary’s 4-Way Test of the things we think, say and do was lead by Richard Isom. Ken Sizemore invited members to follow him in the Pledge of Allegiance. Sheldon Banks asked for the blessings of heaven on the meeting and the meal. Lee Sheets conducted a lucrative Horseplay on behalf of the Coins for Kids holiday fundraiser while Sam McArthur collected the fines. 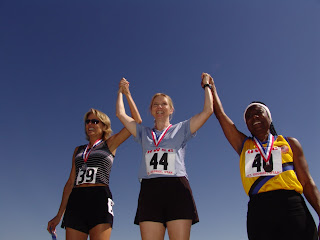 Ken Seefeld reminded members of the upcoming Jubilee of Trees luncheon on Monday, November 22 and Linda Sappington asked members who will be attending to let her know for a head count.
Reed Noble reminded those who had committed to delivering dictionaries to the five remaining elementary schools (Red Mountain, Horizon, Washington, Enterprise and Arrowhead) to stop by his office to pick them up.

Eldon McArthur will be the guest-of-honor at an open house on Saturday from 2 - 6 p.m. in celebration of his 90th birthday. All are invited to attend. 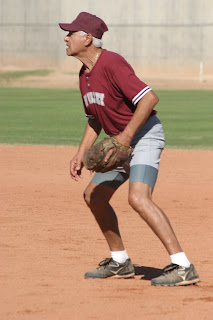 Ken Seefeld encouraged members to attend the upcoming “Murder by Poker” performance by the Class Act Senior Theater Company at Sun River. Dates are Monday, November 15 through Friday, November 19 with a matinee on Wednesday. All performances are free-of-charge.

Jim Coleman announced a trip to India in February and encouraged any interested club members to talk with him for more details. Currently 18 in the Utah Rotary District have expressed interest in this trip to innoculate children against polio.

PROGRAM: Kyle Case, Executive Director called the Huntsman World Senior Games “the largest annual multi-sport event in the world.” Currently, 48 states host senior sporting events, but St. George is the largest with more than 10,000 participants compared to the 2nd largest in Florida with 3500 participants. Although event organizers anticipated a drop in attendance due to the ongoing problems in the world economy, 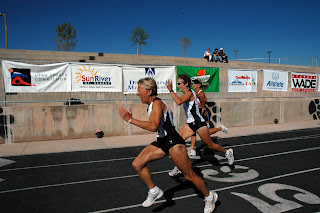 The economic impact of the games is estimated at approximately $13,708,500.
Posted by Linda Sappington at 7:54 PM No comments: