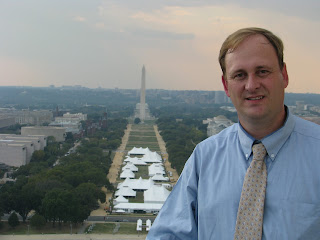 Bryan Thiriot was appointed Executive Director of the Five County Association of Governments on May 1, 2013, succeeding Kenneth L. Sizemore.  At Ken’s encouragement, Bryan also joined St. George Rotary soon afterwards.  Bryan has an Associate of Arts degree from Dixie State College; and, a Bachelor of Arts degree in Political Science (and a minor in Communications) from Weber State University where he served in student government during his senior year.  Bryan continued his education at the University of Utah where he earned a Master’s of Public Administration graduate degree. His research project focused on the then-proposed annexation of Wendover, Utah into West Wendover, Nevada, a project he called “Line Dancing: Municipal Unification Across State Borders.” This research was presented to the Western Political Science Association in Oregon, and in Chicago, Illinois.

Professionally, Bryan has over 15 years of experience working in the congressional arena.  He worked for Senators’ Orrin G. Hatch and Robert F. Bennett spending time on Capitol Hill in Washington D.C., and in the Northern and Southern regions of Utah.

The oldest of six boys, born in St. George to the late Roger and Bonnie Thiriot, Bryan served an LDS mission in the Philippines then came home to find the love-of-his-life in Kathy Bischoff of Ogden, Utah.   Together they have three children.  In his spare time, Bryan enjoys hiking in any of Utah’s spectacular national parks and recreating with his family, including two boys and a girl. He loves adventures in the great outdoors but his favorite family activity is reading to his kids.

Bryan looks forward to serving his community - and the world - as a member of St. George Rotary Club.

Posted by Linda Sappington at 9:11 AM No comments: 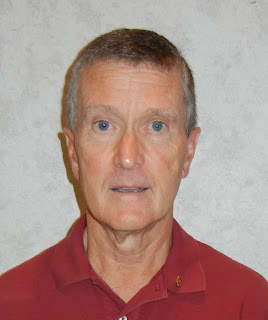 Alan Paige saw a lot of the world before settling on St. George as a place to retire with his wife Sandy.  USAF Col. (Ret.)  Paige ended a 29-year military career in 1998 then taught mathematics at an alternative high school in Peoria IL.  In 2000 he was hired as an exercise planner at Ramstein Air Base in Germany helping to plan military exercises between USAF and NATO personnel in Europe. In 2007 he and Sandra moved to Yorktown VA working for the USAF at Langley AFB before moving back to Ramstein AB for 4 more years prior to retiring again in February, 2013. His military service included tours of duty at Nellis AFB in Las Vegas, Holloman AFB in Alamogordo, New Mexico; George AFB in Victorville, California; Kunsan AB in Korea;  Spandgalhem AB, Germany; Takli AB, Thailand; and ANG assignments in Springfield and Peoria IL.


It was in Peoria, Illinois, where Alan was first introduced to Rotary.  The graduate of Hastings College with a Bachelor of Arts degree in math and physics was a member of the Peoria Rotary Club from 1994 to 2000.  After moving to Yorktown, VA and now fully immersed in the concept of “service above self” he couldn’t find a Rotary club to fit his schedule so joined Kiwanis where he served for two years.
Alan and Sandy’s three children are scattered around the globe.  Their daughter – a CPA – lives in Chicago.  The couple’s two sons are a Marine stationed near Charleston, South Carolina and an engineer living and working in London.


When it came time to retire, Alan and Sandy whittled their choices down to three locations:  Tennessee, Nebraska or St. George.  The couple is still getting settled while Alan is also playing lots of golf and looking for an opportunity to teach or tutor where he can put his mathematical expertise to good use.
Posted by Linda Sappington at 6:37 AM No comments: 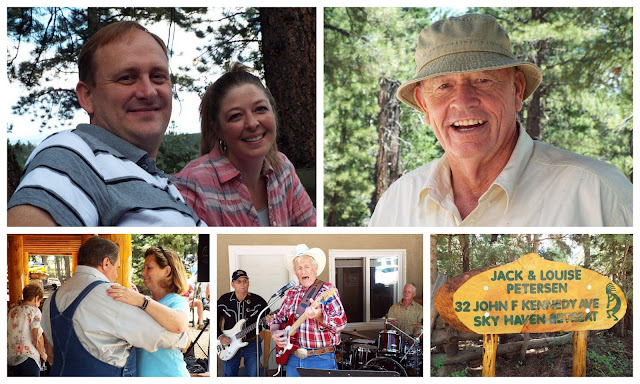 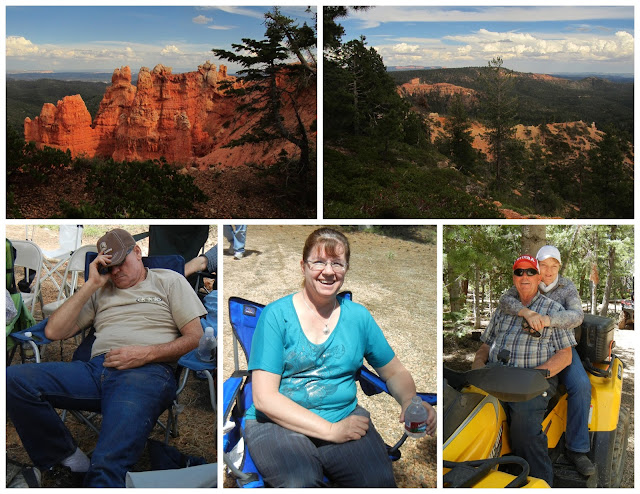 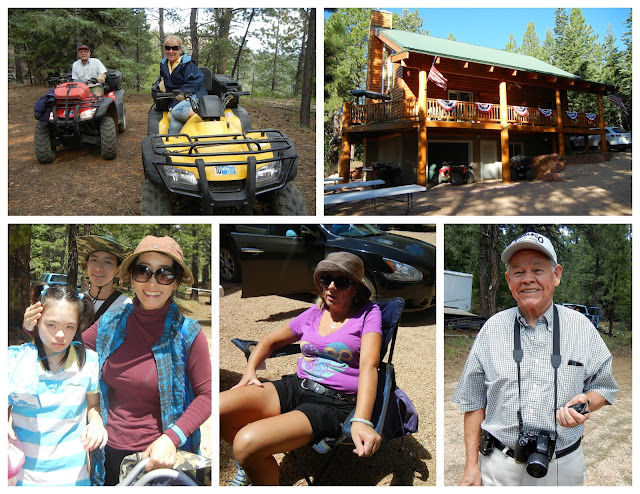 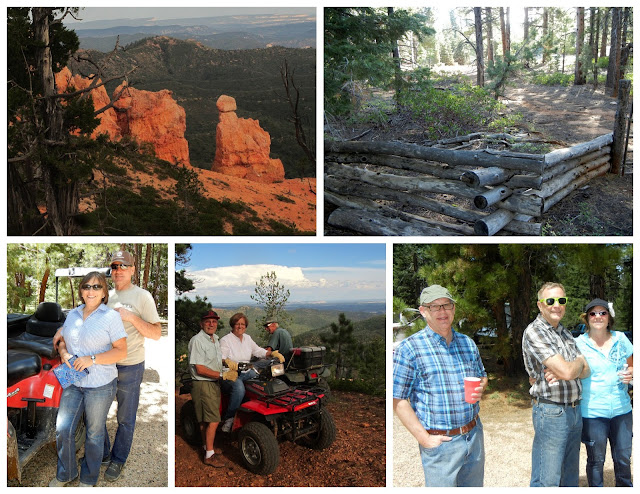 On Saturday, August 3, Rotarians and their families – numbering approximately 40 men, women and children - drove 200+ miles round trip to Jack and Louise Petersen’s summer cabin for SGR’s annual summer party.  The event was an opportunity to socialize, recreate and escape the summer heat.  On top of Cedar Mountain at Swain’s Creek, Rotarians enjoyed a spectacular view, comfortable temperatures, good company, ATV rides, horseshoes, volleyball and badminton, dancing to the music of a live country-western band, a fabulous meal cooked by Immediate Past President Phil Hall and his wife Renée, and the chance to hang out with friends.


After dinner, but before the sun went down, about a dozen adventurous 4-wheelers headed out for an hour long evening ride along Muddy Creek for the perfect ending to a perfect day!
Posted by Linda Sappington at 7:12 AM No comments: