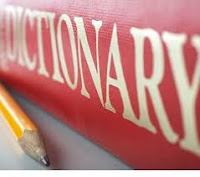 Now in its 14th year SGR's dictionary project is still going strong despite a concern in past years these paperback wordlists are passé, old hat, antiquated and no longer of value to students.  But a 2014 survey of nearly all 3rd grade teachers in the Washington County School District found educators are still anxious to have dictionaries in every desk in their classrooms – a surprising response in our technology-driven world.

However, these teachers know and studies find “children who read enhanced e-books recalled significantly fewer narrative details than children who read the print version of the same story” as well as the ease and availability of paperback dictionaries kept in each student’s desk. 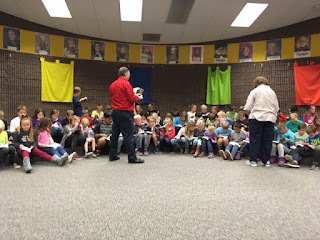 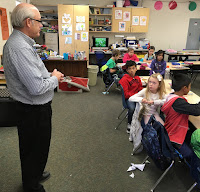 This year, 1800 third grade students in 18 Washington County schools received paperback dictionaries distributed by half of the members of St. George Rotary Club.  The $4500 price tag for this project was paid, in part by a district grant in the amount of $2200, and Horseplay money and other donations from members of SGR.  Thanks to Reed Noble for chairing the project and for the 35 members who took time out of their busy lives to help children find information for their learning!
Posted by Linda Sappington at 6:59 PM No comments: 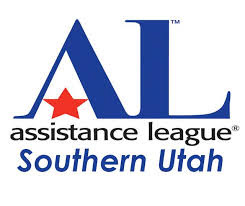 Sue Gilliam, current President of the Assistance League of Southern Utah, shared her nonprofit, 501(c)(3) organization’s mission of “putting caring and commitment into action.”  Each year, the 87 members of her organization volunteer countless hours and 84% of every donated dollar (this year ALSU's budget was $86,000) supporting children in need. Since 2008, the 120th AL Chapter has provided new school clothing, hygiene supplies and literacy support for thousands of Washington County’s financially disadvantaged children, including 751 during the 2016 holiday season.  AL also helps organize the annual Dr. Seuss Day reading program in 34 Washington County schools, including charter schools.  Other annual activities include summer reading programs, donating books on Make A Difference Day and providing emergency money for some of nearly 29,000 children in the WCSD living below the poverty level.  AL funds come from several sources including grants, individual donations, and two annual fundraisers.

Posted by Linda Sappington at 7:50 AM No comments: 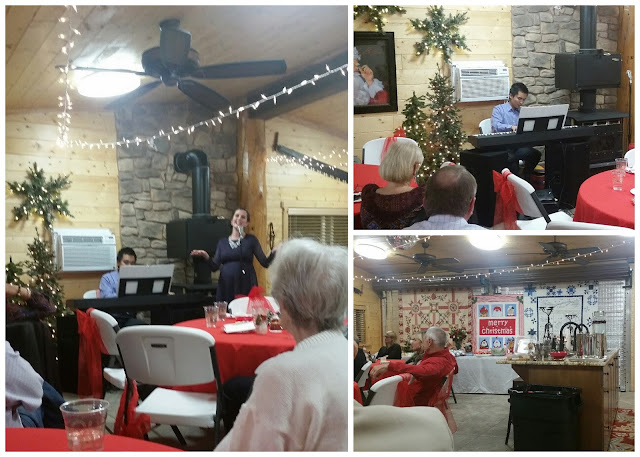 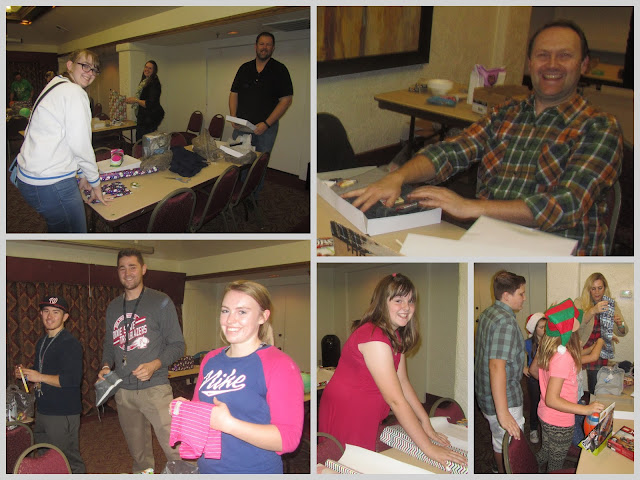 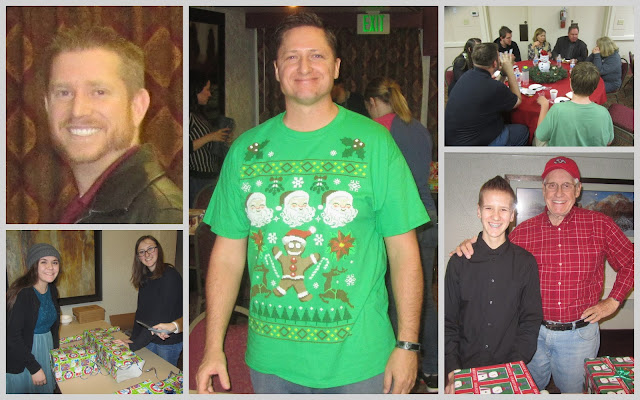 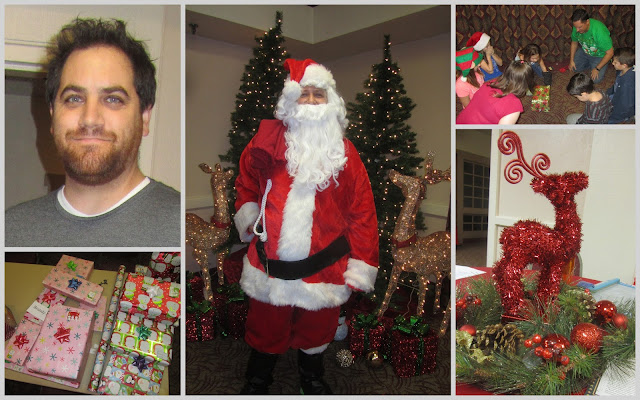 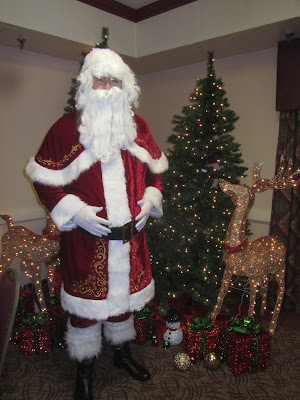 When SGR’s board voted to move the traditional annual Christmas party to January in lieu of a service project in December, some members didn’t take the idea well.  The alternative was Party #1 at Phil and Renae Hall’s home on Wednesday, December 14 complete with Phil’s famous French leek soup, ham, broccolini, fully loaded baked potatoes, a variety of desserts and wassail for about 40 Rotarians and their partners.  Outstanding entertainment for this “Dutch treat” evening, was provided by Phil and Renae’s friends Brandon and McKenzie Lee.   “A great time was had by all,” said Phil.

Party #2 was a giftwrapping gathering of Rotarians, their spouses and children, the “near-end” activity after the board voted to “adopt” a dozen children from the Coins for Kids website.  Shopping at Walmart with a dozen $80 gift cards was the first order of business, then the gathering at the newly remodeled Crystal Inn.  There was a holiday repast to keep Santa’s elves happy and well fed, including soup from Olive Garden, chicken wings, veggies, cookies and candies.  Once the wrapping was done,  Pdt. Collin had games and lots of prizes for kids (of all ages), then TWO Santas donned their red suits for the delivery of gifts to two families.  It was a cold night, but a great event.

Posted by Linda Sappington at 4:41 PM No comments: 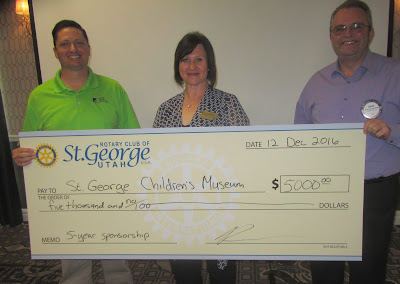 TODAY IN ROTARY our speaker was Marnie Workman, Executive Director at the St. George Children’s Museum.  Noted Workman, tripadvisor.com lists the SGCM, which has now seen 340,000 children since its opening in November 2013, as one of the best things to see and do while visiting in Southern Utah.  The accessible-to-all SGCM has, in addition to displays and fun, classes in art, science and the environment for children whose median age is 5.  And, half of the children who visit are low income.  Currently SGCM partners with Switchpoint, the George Streetfest, Washington County School District, and recently brought on a marketing intern from Dixie State University.  Also new at SGCM, the newest display is a prehistoric/dinosaur room.

SGCM, still a very young organization which is operated with 100% donations, was recently approved for grant writing and it is hoped the community will continue to invest in the organization which, for every $1 donated, the return is estimated to be $145. 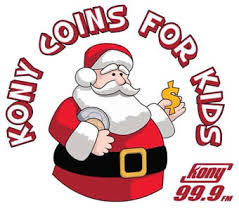 Emotional radio personality Carl Lamar and Coins for Kids Board Chairman Brian Musso shared their dedication to the fundraising event for needy children now in its 27th year. According to Carl, the first event – in 1990 – began with an idea to help 2 families and raised a few hundred dollars to buy gifts. Today the yearly fundraising goal is $125,000 – a sum which is adjusted up or down depending on the number of kids in need in the community.

Musso, who has been involved in the project for 18 years, noted, “every penny of the money raised goes to help kids. There’s not a single person on our payroll.”

The year with the most number of children in difficult circumstances was 2009 following the economic downturn. “That Christmas, we had 920 families sign up needing help providing gifts for more than 3000 children.”

In 2016, the number of families who have signed up for help dropped by 15.3% to 434 with approximately 330 kids already adopted by organizations such as SGR. The reason is likely due to one of three factors:

Coins for Kids work closely with other non-profit organizations to prevent “double-dipping” such as “Toys for Tots” and “Shop with a Cop.”
Posted by Linda Sappington at 5:41 PM No comments: 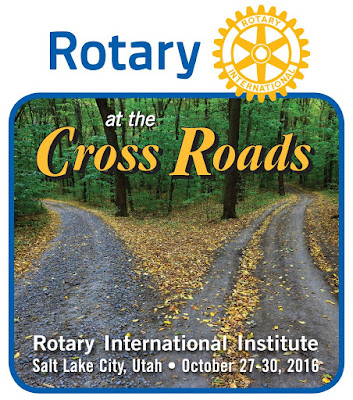 TODAY IN ROTARY Linda Sappington reported on only a small amount of information received at the October 27-30 Rotary 21b-27 Zone Institute in Salt Lake City.  According to Greg Podd, RI VP, “retention is Rotary’s #1 issue. “  District PI Director Linda also noted, “RI has a strong emphasis on public awareness because, even after 111 years, people on the street are still asking, ‘what’s Rotary?”

Posted by Linda Sappington at 1:06 PM No comments: 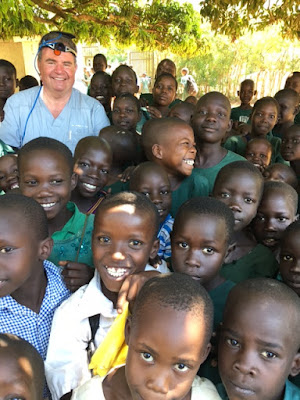 TODAY IN ROTARY, Phil Hall, DDS shared his recent adventure in Gulu, Uganda, a small land-locked – and overcrowded - country in Africa where “there is no work, no food and no money.”  Uganda, which claims the “source of the Nile,” has an average life expectancy of 57 years and people earn an average of $1.25 per day.  Phil described his time in Gula, with Dr. Drew Cahoon, a Rotarian and dentist from Canada, “It is in this area where SGR and several local dentists helped fund a dental clinic in the regional hospital.  When we where with the school kids it was what we called outreach to an elementary school.  We screened all the 5th and 6th graders for decay.  We then selected about 15 patients from the group and did fillings on the spot.  I was demonstrating the ART (atraumatic restorative technique) for filling teeth with out dental drills, only hand instruments and no anesthetic.  It was part of a dental education program to teach dental health and encourage the children to consider saving their teeth instead of just pulling them, including a program to show them not all dentistry is painful.
Posted by Linda Sappington at 7:13 AM No comments: 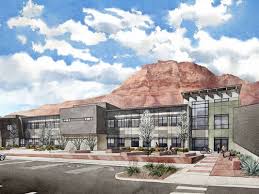 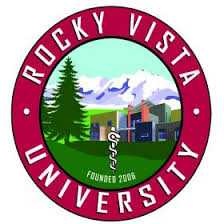 TODAY IN ROTARY Whitney Johnson, SGR’s newest member, shared brief details of her life growing up in St. George and her job as Admissions Counselor at Rocky Vista University.  According to Whitney, the Colorado-based Rocky Vista University (RVU) will open in the summer of 2017 to become Utah’s second medical school, with 125 students in its first class.  Quoting Thomas N. Told, DO, Dean and Chief Academic Officer of Rocky Vista University College of Osteopathic Medicine (RVUCOM), “Southern Utah is the logical choice for a new medical school.  Nearly 400 students leave Utah every year to attend medical school. Students have a tendency to stay and establish their medical practice in the state where they receive their training.”

Rocky Vista University is dedicated to achieving new heights in medical education.  It will be a privilege and opportunity to partner with the academic community and many healthcare facilities located in Southern Utah and to create a pathway for the next generation of physicians who matriculate from Utah universities, train at RVUCOM-SU, seek residencies, then continue to practice in Utah.  RVU has always focused on the Mountain West states as this region is historically underserved and in need of talented physicians who will provide quality primary care. With RVU’s innovative curriculum and strong values, RVU can fulfill this need with graduates who will enhance the health of the communities they touch.
Posted by Linda Sappington at 1:24 PM No comments: 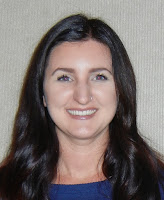 TODAY IN ROTARY SGR welcomed Whitney Johnson, the Admissions Counselor at Rocky Vista University in Ivins and sponsored by Linda Sappington, as our newest Rotarian. 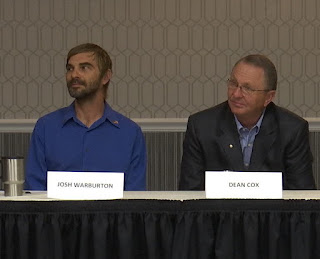 Also TODAY IN ROTARY, we found ourselves without a program … so, in true “service above self” Rotary spirit, our own Dean Cox, a candidate for Washington County Commissioner accepted an invitation to speak, followed by Josh Warburton, a charter member of the Zion Canyon Rotary Club and another candidate for a seat on the Washington County Commission.  These two fine individuals gave us lots to consider before casting our ballots.  Thanks for stepping up, guys!
Posted by Linda Sappington at 12:42 PM No comments: